Every third Sunday in June is a very special day for tens of millions of American fathers. Why? They'll get a card and possibly a tie, right? It's Father's Day of course! This interesting gift giving holiday is relatively new and has pretty controversial history.

First Father's Day was celebrated in Fairmont, West Virginia, on July 5, 1908. It was kind of commemoration of coal mining disaster which happened on December 6, 1907, when 362 men (this is official number, although real one was probably even higher) died in explosion. They left about 250 widows and more than one thousand children.

One of them, Grace Golden Clayton (1875-1958), likely inspired by Anna Jarvis (1864-1948), who only two month before promoted Mother's Day and lived only few miles away,suggested her pastor to honor the deceased fathers. Celebration was held never repeated for several reasons, so it was soon almost forgotten. 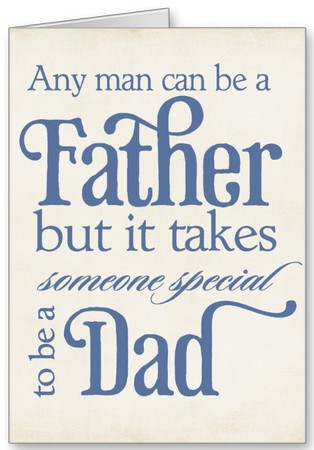 The honor of first celebration of Father's Day was soon assigned to Spokane, Washington, where it was held on June 19, 1910. The promoter of the event was Sonora Louise Smart (or Mr. Bruce John Dodd, as she was called after marriage) (1882-1978), the only daughter of widowed William Jackson Smart (1842-1919) who's wife died at birth of their fifths son. This means Sonora's father raised six kids by himself.

Sonora was also inspired with then only recently recognized Mother's Day, and knowing how her father raised six kids all by himself, she thought fathers need similar sort of tribute as mothers. Her initial suggestion to held celebration on June 5, her father's birthday was not accepted due lack of time to preparation of sermons. It was held on Sunday 19, third Sunday in June, instead.

First celebrations were simple and meaningful Kids made deserts to their fathers or made them feeling special in other ways. If they lived apart, they payed a visit. Flowers were part of the holiday from very beginning. Mrs. Dodd suggested red rose for father who was still alive and white for deceased one. Popular alternative was a white lily which later became official Father's Day Flower.

Celebration became pretty popular in state Washington and in 1913 the Congress got a bill to recognize Father's Day on national level. President Thomas Woodrow Wilson (1856-1924) went to Spokane with intention to officially proclaim the holiday, but the bill didn't pass Congress due fear of commercialization. Many opponents also noted there is no need to domesticate manhood with sentimental gifts like flowers and apparel, which were probably bough by man's money anyway.

How important can be one single person in promotion of a national holiday is easily seen in this case too. When Mrs. Dodd moved to Chicago in 1920s for studies, celebration soon faded and was revived only when she returned to Spokane in 1930s. By then the third Sunday in June was already recommended for holiday by John Calvin Coolidge (1872-1933), but the process was stopped before proclamation.

With new efforts of Mrs. Dodd and with support of merchants and manufactures who expected to make profit from presents given on Father's Day things started changing again. There was also another group of activists trying to join Mother's Day and Father's Day into one holiday called Parents' Day. It took several more attempts before Lyndon Baines Johnson (1908-1973) proclaimed third Sunday in June as holiday in 1966 and Richard Milhous Nixon (1913-1994) signed it into law in 1972 making it permanent. 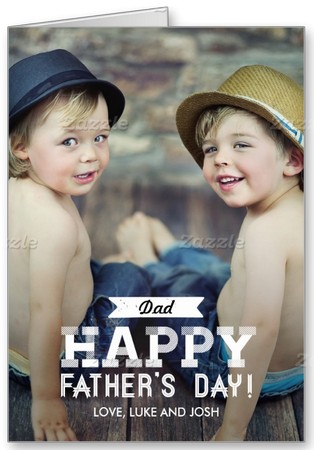 When Is Fathers' Day?

What date is fathers day depends on the country. Many countries adopted it fom USA and celebrate it on third Sunday in June. This is, among others, true for Argentina, Canada, Chile, China, Colombia, France, Great Britain, Greece, Hong Kong, India, Japan and Turkey.

If your country belongs to the 'third Sunday in June' group, to find out /b/when is when is fathers day this year,/b/ just check next table:

Few Interesting Facts And Numbers Behind The Holiday

There are more than 70 million fathers in USA only. About 150 thousand of them are stay at home dads, who are married with children but stayed out of labor force so they can care for the family. Those kind of families has about 250 children younger than 15 years. On the other hand there in USA there is also about 1.7 million single fathers.

More than 50 percent of kids and more than 25 percent of wifes honor their fathers or husbands on Father's Day. At least on in three send cards on this day qualifies as 'funny'. According to Hallmark Father's Day is the fifth largest card sending holiday in the world. About 100 million dollars is spent on greeting cards at this occasion. Super hero is the most popular theme in recent years.

Father's Day is 13 billion dollar business today. An average shopper spends more than 100 US dollars (polls vary between 110 and 145 USD) for different treats on Father's Day, which is still the smallest gift giving holiday in USA. It's also believed to be the hardest gift giving day.

On average people spend 30 percent less on Father's Day than on Mother's Day. Main reason? It's much harder to shop for dads! Other possible reasons? Mothers are in general more involved into kids' lives, timing is different (some experts believe the beginning of spring helps to open vallets in case of Mother's Day), dads prefer simple things, they are not connected with luxury gifts like jewelry or pampering like spa treatments, they don't have the same sentimental appeal, and - it often looks like Daddy already has everything he wants...

Women gift givers spend on average 50 percent more than men when buying gifts for this occasion.

Merchants focus their campaigns on different target groups to boost their sales: first time dads, step fathers, godfathers, grandfathers, but also to brothers, sons and even male owners of pets. They run contests, offer complimentary gift wrapping and imply patriotism thanks to the fact it's between Flag Day (June 14) and Independence Day (July 4). Advertisers already used World War to to promote buying gifts for Father's Day as way of support and honor American troops fighting in Europe and Asia.

Some Of The Most Popular Gifts For Father's Day

Father's Day was created as complementary to Mother's Day (second Sunday in May), so each of them honor one of the parents. In several countries there is also International Men's Day (November 19), which celebrates importance and influence of men and boys in society who are not fathers.

Fathers' Day is correct, because it is a holiday devoted to fathers (plural), but at the first introduction to the Congress in 1913 it was spelled Father's Day (singular) and all legal decisions were made upon this name. Now it is officially Father's Day.