Death fascinated humankind for ever. At virtually all cultures all over the world we can find similar Halloween traditions: lighting bigger or smaller fires, eating candy, organizing costume parties and telling scary tales...

Shall we delve a bit deeper into origins and customs of Halloween? 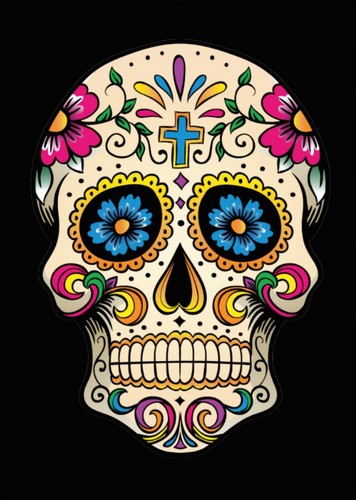 Halloween Or All Hallows’ Evening Or Even Helloween?

We can start with a name of this holiday with pretty unclear origins, probably coming from Eve of All Saints or Eve of All Hallows, a fusion of several celebrations: old Roman feasts of Pomona and Parentalia, Christian All Saints' Day and Celtic Samhain. The later is a Gaelic word, translated as 'summer's end' and is most widely believed as the basis of modern, now widely commercialized holiday, when more  sweets are consumed than in any other day of the year.

Of course there were more influences. When Romans conquered Great Britain and Celts converted to Christianity their customs mixed with Christian, so the All Saints Day formerly celebrated on May 13 was moved to November 1 and connected with pagan Halloween which was still tolerated because there really wasn't anything else to do about it.

It is very hard to say which element came from which tradition or celebration, but the main idea is always correlated with an ending of light, warmth and life and beginning of dark, coldness and death.

Today all over the world we can find similar Halloween traditions: lighting bigger or smaller fires, organizing costume parties and telling scary tales... 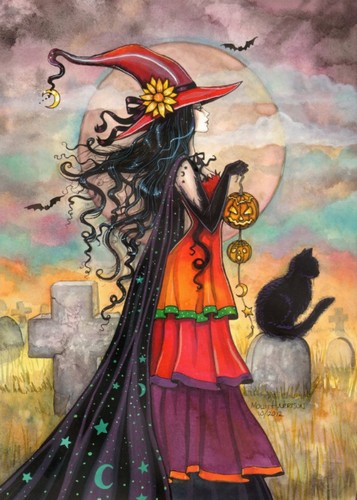 Masquerading is probably defensive mechanism of people afraid of dark forces coming to Earth on Halloween. October 31 as former official end of summer, called Lord of the Dead was perfect occasion for dead souls to come back to visit their loved ones. But there was no guarantee everybody who come back will have good intentions...

So people decided to take some security measures. Hiding themselves behind masques seemed like good idea. The scarier the masque, the better! Today's mask are often humorous and can rarely compete qith grotesque creations made of animal skins and heads in ancient days, but with knowing about the background we can at least understand why vampires, demons, witches and similar costumes become so popular. Especially vampires with their appealing charm from successful books, movies and TV series top the lists of most wanted costumes in recent years.

Apart from scary ones, many fun outfits are being used, most of them inspired by favored characters from mainstream culture. Superheroes, like Super Man, Cat Woman, cartoon characters, like Smurfs and celebrities, like Gene Simmons from Kiss or Kim Kardashian from Kardashians are contemporary counterpoint to traditional monsters, skeletons and ghosts.

As we can see, 70s were very likely best times for making horror movies. 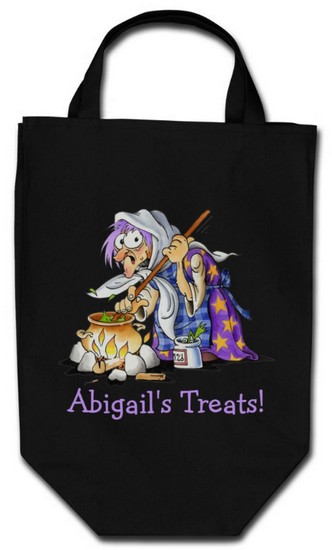 How Trick Or Treat Started!

This custom can be traced way back to several Great Britain where Druids or children or poor people were going from door to door singing and praying for dead souls. In return they have been given different sorts of food including sweets (mostly cakes). On the other hand this tradition has even older roots in custom of sacrificing goods (food, animals) to spirits in hope they will do some good or at least no harm to the person who offered a sacrifice.

In Europe similar practice of so called souling developed in relation of All Saints' Day. Souling is done by group of niely dressed children who went from house to house and sang or praid for the house owners. In exchange they gave them some goods (again, mostly cakes). If they didn't respond enough hospitable, kids did some harmless pranks to punish them. Trick and treating became popular in North America only after 1950 with support of children magazines like Jack and Jill, radio shows like The Adventures of Ozzie and Harriet, comics like Peanuts, Disney's cartoon Trick or Treat and above all the end of sugar rationing. 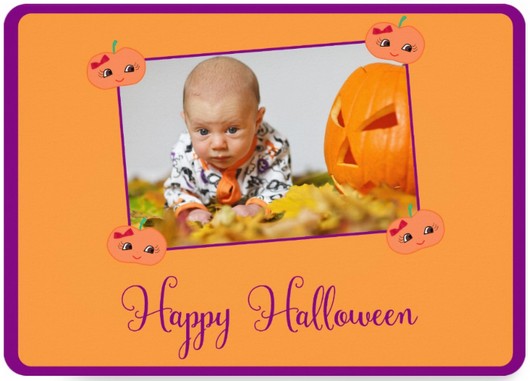 Wanna Know How To Carve A Pumpkin?

Pumpkins are inseparable from Halloween celebrations. Knowing the come from New World, we may ask how can Celts used them before America was discovered. Answer is simple: they didn't. Instead of pumpkins turnips, beets and other vegetables were carved into scary shapes.

Well carved and lighted are called Jack-o'-lanterns. The name may come from the well known Irish folklore character Stingy Jack, known by his ability to trick the devil, until he was punished with being forbidden to enter Heaven and Hell. Instead of that he is wandering around with a piece of burning coal (which Jack put into turnip), straying people from the path. 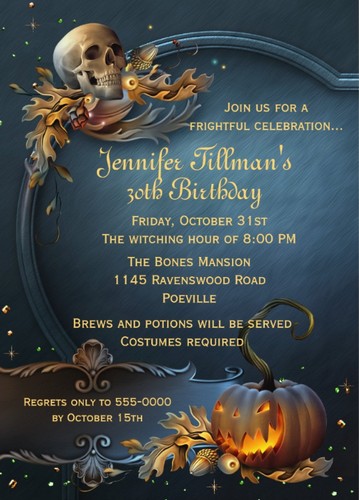 Eco friendly Halloween - What you can do about it

Halloween is a big stress for environment. But you can reduce it significantly if: