Many times going simple is the best option. Same can be true with Halloween costumes. Without too much hassle we can be cool, funny and we can spare few bucks as well.

There are literally hundreds of great costumes for Halloween party out there if we want to make an impression. Of course we can always opt for do-it-yourself or some kind of combination of bought and home made stuff.

Even an old toy can serve as a great inspiration. Just imagine yourself coming to a party in a bath suit with a plastic shark scotch tapped on you leg - with your Aussie surfer costume you have all the potential to become the life and soul of the party!

Sometimes we are on the budget, so we can't afford to buy just everytin what might catch our attention, but when we come imagination, only the sky is the limit... 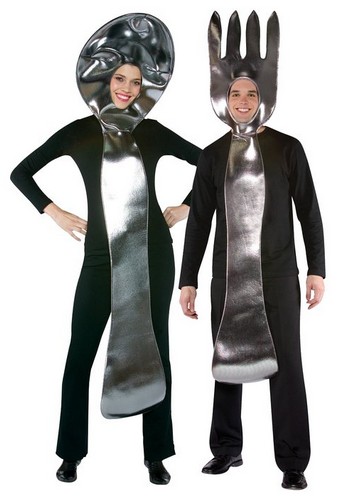 Fork and spoon costume is perfect for any kind of culinary themed party (what about wedding showers?). It is ideal for couples although you can choose only one of the two (check available cutlery below on the page with a costume) and hope you will find a pair on the party. These funny costumes are made of durable polyester, so they can serve you on the most notorious parties in the neighbourhood.

Just beware of the knife!

P. S. One more thing: bring your own plate, food is not included. 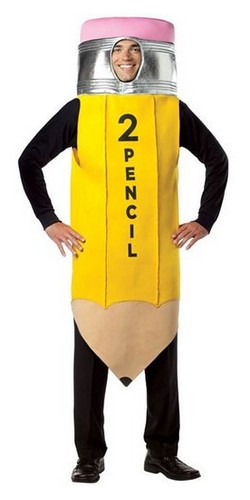 Some say a pencil is mightier than a sword and this funny costume is great opportunity to check the truth of this claim in reality. A simple tunic doesn't require special journalistic skills and is writer's block proof. It is available in one size and this can be your size - if  you don't want to complicate with the costume but still intend to make an impression.

And if a pencil is not powerful enough, a box of crayons can do do the trick instead.

Don't forget to prepare few funny and whimsical quotes about pencils and writing, preferably one liners, because people will be talking about you and to you. It's definitely a costume with an ice breaker potential. 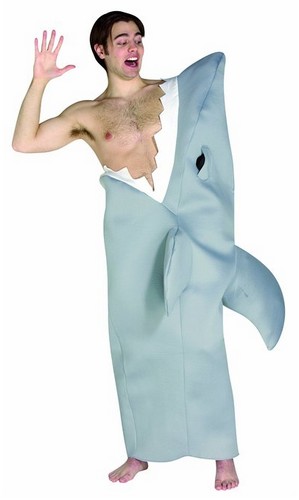 Halloween parties are all about fun but sometimes we still need few drops of blood to get in the right mood. This simple yet effective shark costume is perfect for all The Jaws fans. It is easy to maintain and it calls for action. After all horror themed parties are the best.

Don't like to be half eaten? There are similar costumes with the same idea and different angles available too. It is up to you how far do you want to go with your role... 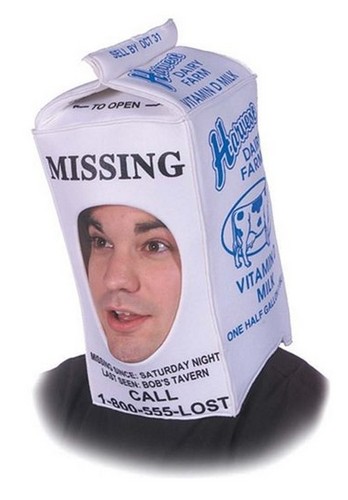 Ever felt a bit lost at the party? This year's Halloween is a great chance to introduce some changes! Why not try with a missing person's face on the milk carton?

Sometimes a hat can be even more convincing than full size costume and Milk Carton Hat is definitely worth considering for everybody who is looking for simple and funny ideas. 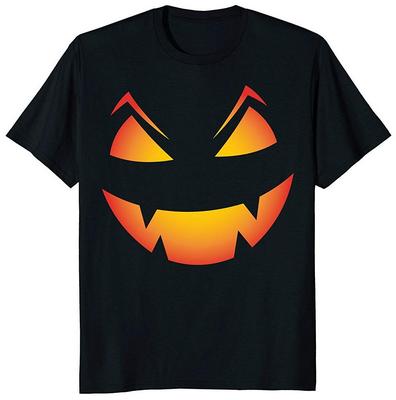 Pushed for time? Still want to make an impression? Don't really like costumes yet don't want to be an outsider either? With this simple and fun T-shirt you can achieve a pretty good compromise. It can actually serve as a nice ice breaker too not to mention futuristic computer styled font which can be also used for simple visual test. Just in case, if the party becomes really good ...

You can choose classic black or dark blue color T-shirt. And of course it can be worn under other costumes too.

If you still can't decide, don't worry, there is also another selection of whimsical and easy Halloween costumes for adults.

Why do we wear costumes on Halloween?