Palm Sunday: the Meaing, the Symbols, the Traditions

Palm Sunday is the sixth and last Sunday of Lent. It also marks the beginning of the Holy Week which ends with Easter Sunday. Christians all over the world celebrate it in memory of Jesus' entering Jerusalem. Palm Sunday is a moveable feast, based on Liturgical Year (constructed on Lunar cycles from pagan traditions).

The story of Palm Sunday is mentioned in four of the bible Testaments (John, Luke, Mark, and Matthew). It depicts the triumphal entry of Jesus Christ into Jerusalem, which followed the miracle of Lazarus' resurrection. 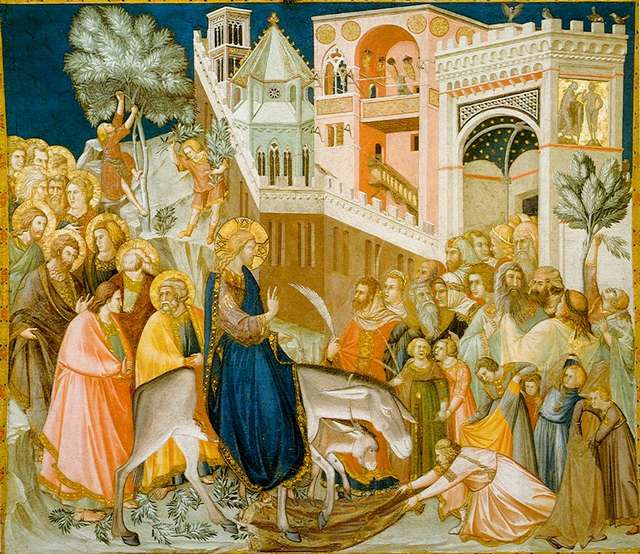 Jesus entered the city on a donkey which matched more than a five-hundred-year-old prophecy about the king who will come to Jerusalem and become the king of all people of Zion.

Folk believed he will rescue them from Roman occupation. They greeted him and his disciples by throwing palm leaves and even their cloaks in front of him. Yet Jesus didn't come to become that kind of king but to rescue all his followers of Satan just like he defeated his temptations in forty days in the desert (now remembered as the season of Lent).

Jesus wept after his arrival. He knew the same people who were cheering for him would yell to cross him just a few days later. Yet he came to save their immortal souls from their sins. 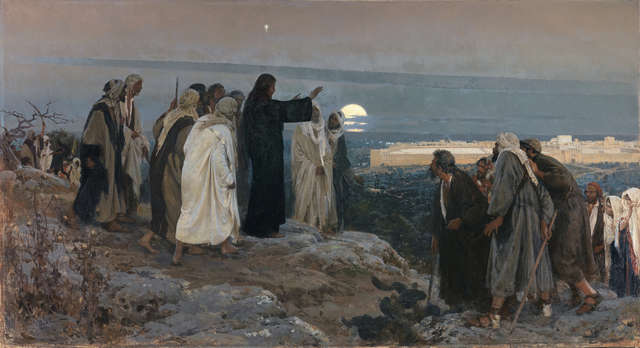 His kingdom was not of this world.

Palm Sunday is called after palm leaves and branches, which were, according to the story, laid in front of Jesus' donkey and thrown in the air. Many Christian Churches call it Passion Sunday (in the Roman Catholic Church it was the fifth Sunday of Lent until 1969). 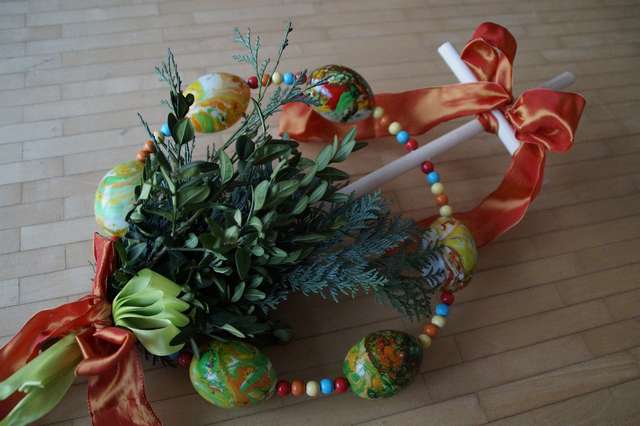 Several Orthodox churches name the Palm Sunday after the story: Entry of the Lord into Jerusalem. Hosanna (or Oshana) Sunday got the name after the cheerful calls 'Hosanna!', shouted by people who welcomed Jesus as their savior (The Messiah). 'Hossana!' roughly translates to 'Save now!'.

Palms are not readily available in a colder climate, so other names for Palm Sunday are used as well. In areas where other plants than Palm are used, Palm Sunday can be named Branch Sunday, Flowering (Flower's) Sunday (generic names), Yew Sunday (after the yew tree), Pussy Willow Sunday (after pussy willow), etc.

This Christian holiday is celebrated from the fourth (in Jerusalem) or seventh (West) century in different forms. It remembers the people of Jesus' arrival in Jerusalem and welcomes his teachings in the hearts of Christians. It's an opportunity to rethink our relationship with spirituality.

While a lot of action spins around blessings of palm leaves and branches (or other plants), the real focus is on the reading of Passion and a procession as a commemoration of the procession described in the Bible. Sometimes real and sometimes a wooden donkey is used. 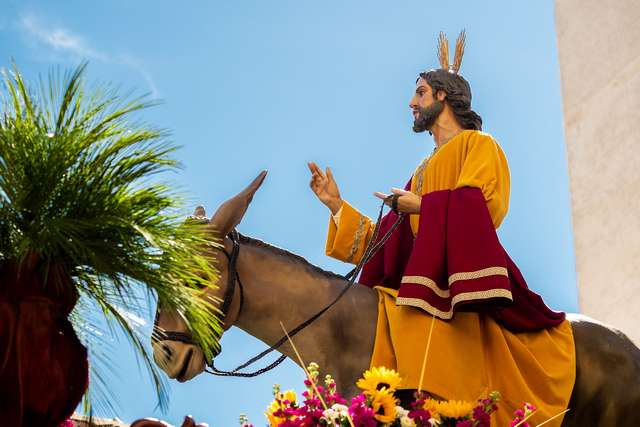 The significance of Palm Sunday is honoring Christ, his sacrifice, and his teaching, but also a bit of a warning. While Jesus Christ came peacefully on the donkey, his second coming will be on the horse, bringing judgment.

Donkey is definitely one of them. The donkey represents peace (in some parts of the world kings returned to their countries after wins and endings of the wars, while they left them on horses, going to war), humility, service, and suffering, which all fit Jesus and his goals. Donkey also reminded the observers that Jesus Christ is one of them, as most people had an experience of riding a donkey but not a horse, meaning Jesus is not above other people.

Palm leaves symbolize victory and peace. They were the symbol of the Greek goddess Nike and were given to winners of ancient Olympics. Similar was their use in Roman Empire. Traditionally palm leaves are used in several Mediterranean areas as a part of funeral processions symbolizing eternal life. Palm branches used on Palm Sunday symbolically represent the peaceful winning of Christianity over sin and life over death. There are also other connotations: goodness, grandeur, and steadfastness. They were carved in the doors of King Solomon's temple.

The color red symbolizes the blood of Jesus and is used for liturgical garments during ceremonies of Palm Sunday (on Good Friday and on several other occasions, too). Red is the color of life, fire, passion, and sacrifice.

Christians should spread blessings and love during the Holy Week which starts with Palm Sunday. There are a few possible greetings for this occasion: 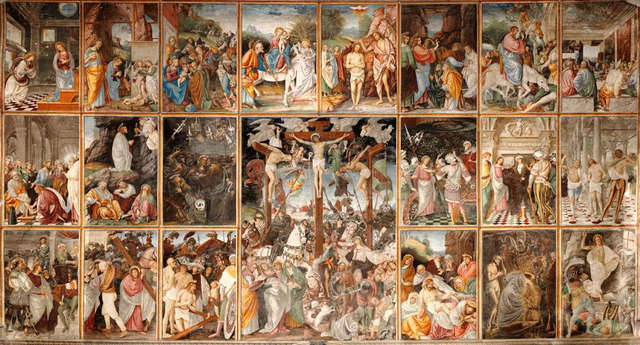 Blessings of palm or olive branches and other plants are widely popular. In some cases, flower arrangements are used. After the blessing with holy water, they are brought to homes and used as decoration, sometimes transformed into crosses. When not used anymore, they are should not be simply thrown in the trash because they are considered sacred objects. Some churches have special places where such branches are placed until the next Ash Wednesday when they are burned. 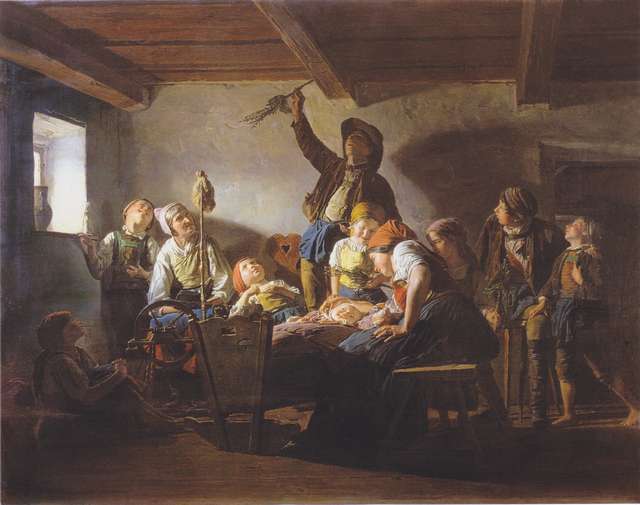 In year 2023 we celebrate it on April the 2nd. Happy Palm Sunday!