Celtic Calendar with Tree Months (Moons) as Neo-Pagans See It

The Celtic Tree Calendar is a Neo-Pagan Calendar that claims to be based on the lunar cycle but is rather adjusted to the Gregorian calendar. If we insist to stay within 13 lunar months in a year we'll significantly fall out of sync in a couple of months and be totally lost within a year.

The History Behind the Celtic Tree Calendar

It is based on the Ogham alphabet, an Early Medieval alphabet used for the Irish language. The calendar was created by poet and historian Robert Graves in 1948, so it's actually a very new calendar and resembles very little with ancient druid calendars which were far more accurate from the cosmologic point of view.

Robert Graves used an old Song of Amergin as a starting point, translated it very loosely, and adapted the ancient Ogham alphabet with 15 consonants to 13 consonants only, so it could fit his theory of 13 lunar months in each solar year. Well, we all agree a solar year begins with a virtual starting point of the Sun related to the Eart and ends when the Sun 'reaches' the same point. This means one year has approximately 365,25 days as we all know from the Gregorian calendar. Even with three years with 365 days following by one leap year, we need some corrections from time to time, yet this calendar fits its purpose pretty well. 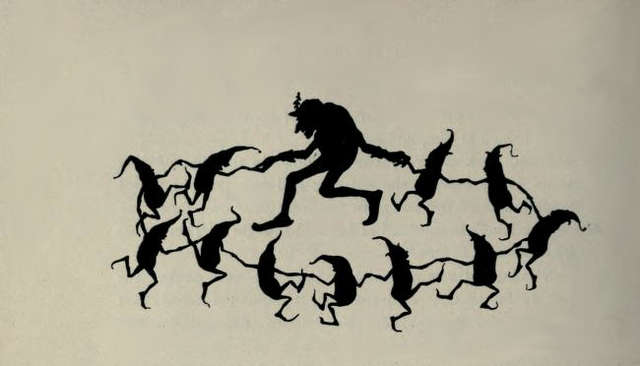 The lunar calendar, as presented by Robert Graves, has 13 months with 28 days and one additional day, which gives 13 x 28 + 1 = 365 days to each year. This effectively makes it a solar calendar (with the still unsolved problem of the leap year), so we can only look at it as a lovely quirk of an imaginative mind which became extremely popular among neo-pagans who are desperate to find meaning in the otherwise cynical and disappointing situation in the today's world without really looking for scientifically supported background.

Yes, the Celtic Tree Calendar is cute and can be used as an inspiration in our lives just like almost everything. So we will present it as the calendar created by Robert Graves and add a few interesting theories (developed from old druid teachings) for each month. 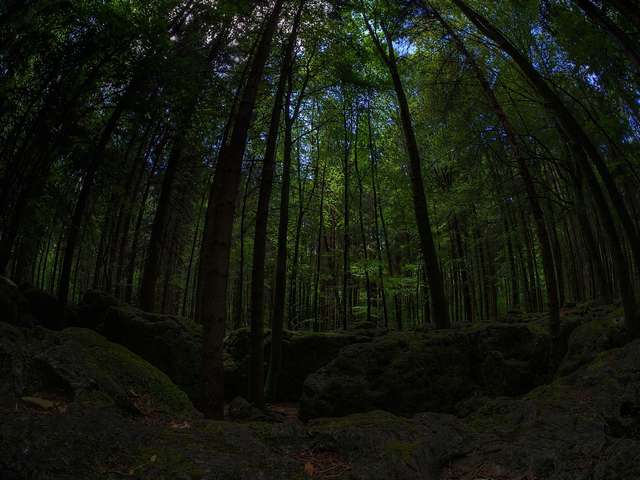 As we already stated, there are 13 months in the Celtic Calendar and each one of them is devoted to a tree. Druids believed trees have magical powers. Even the word Druid is likely connected to 'duir' (meaning 'door', what is the name of one of the months) and derived from an old name for oak tree, meaning 'the one with the wisdom of the oak'.

Druids frequently used trees for gatherings, ceremonies, and meditation places. The Celtic Tree Astrology is based on Earth cycles and closely related to trees, which, in turn, were homes to dwarfs, fairies, and other magical beings.

Here are the months of the Celtic Tree Calendar:

This is the month of adaptability, ambition, elegance, rebirth, and regeneration. 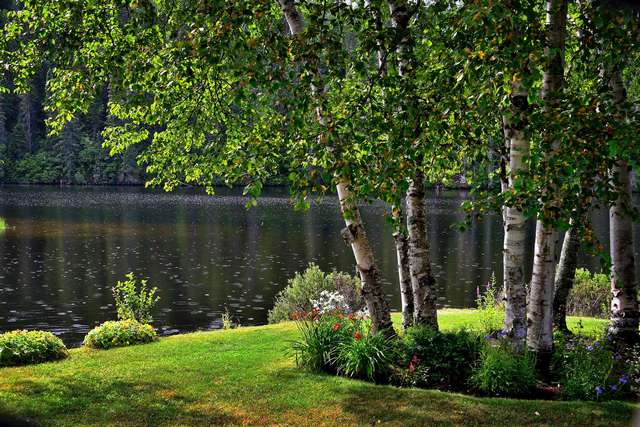 Birch is related to creativity, feminity, fertility, healing, and protection. This is a perfect time to start a demanding project.

It's the time of beauty, courage, connection, initiation, power, self-dedication, and success. 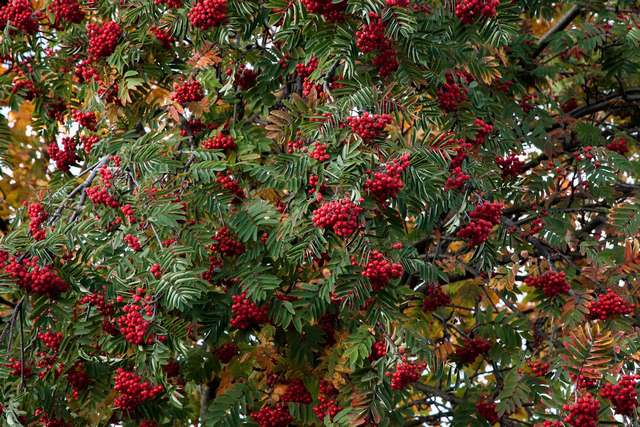 Rowan has protecting powers, especially for hearth fires, families, mothers, ad against souls of the dead people. It is believed a rowan tree can improve psychic and philosophic powers.

A month of focusing on inner-self, growth, and mastership. Ash is a tree with huge magical powers, used for dreams, prophecy, and rituals. 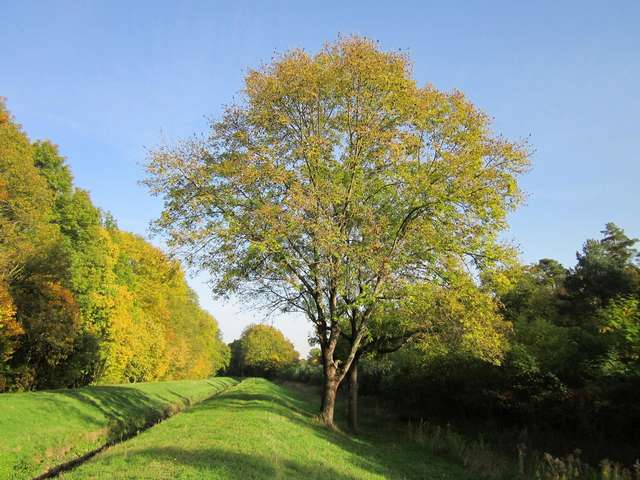 Its berries, when put in a cradle, protect a baby against changeling. They also have protective powers over others. The leaves of ash can bring love to you.

This month connects heaven and earth, it's a time of confidence, divination, intuition, peace, prophecy, and spirituality. 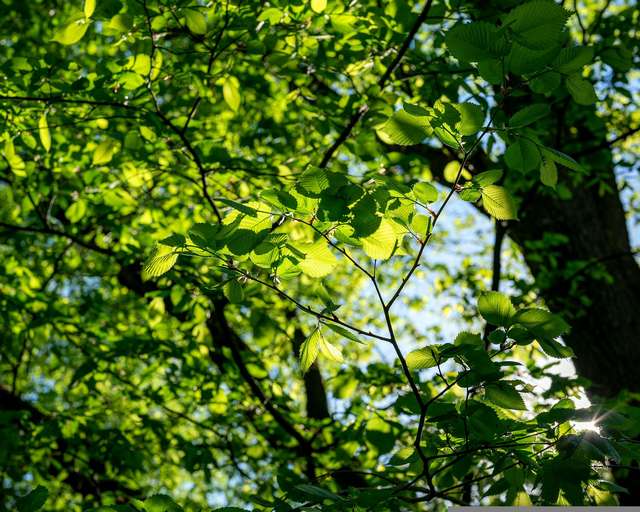 The flowers of Alder are traditionally used in fairie magic and parts of the tree could give you the power to face your biggest fears. Alder is supposedly best for making pipes and whistles, but an old belief bans cutting the tree down because a fairy living under the tree would punish you by burning your house.

The time of the Willow Moon is best for flexibility, healing, knowledge, rejuvenation, and nurturing. Willow protects against floods, storms, and other natural disasters, thanks to its connections to healing and growth.

Another important connection is the willow's connection to water and consequently to the Moon, which puts the tree in a realm of psychic ability and spirituality.

A month of contradiction, dualism, fertility, fire, and masculinity. Hawthorn's magical energy is used for business decisions, professional connections, and all kinds of masculine powers. 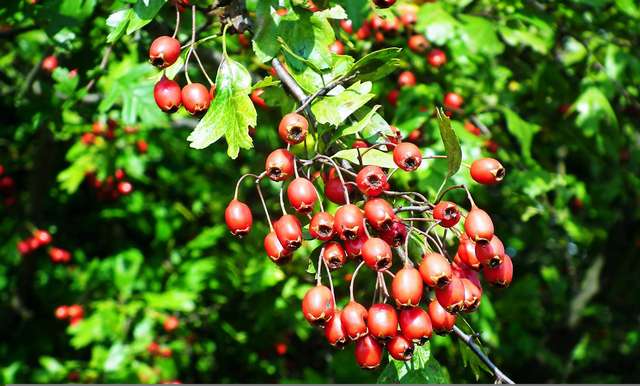 This particular time of year is traditionally considered the month of male-female unity, thus being also popular as the month for marriages.

The summer month of Duir (meaning 'door') is the month of caring, nobility, strength, winning, and wisdom. Oak is connected with fertility, money, and success. 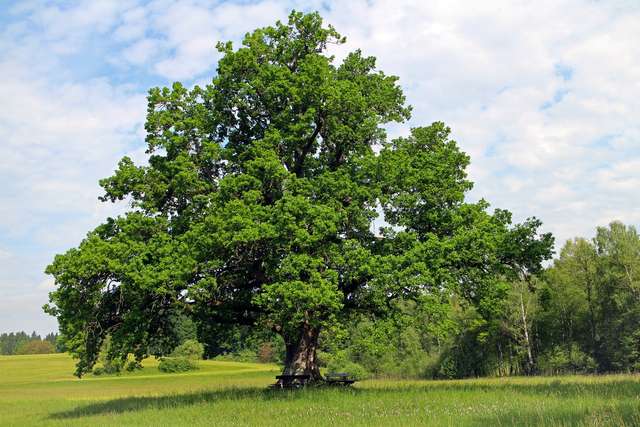 An acorn in your pocket will bring you good luck at the business interview. If you catch a falling leaf of oak, you'll stay healthy at least till next year. Celts praised the oak (sometimes called 'The Father of the Woods') due to its magical powers, especially its ability to attract lightning.

Evergreen Holly symbolizes beauty, firmness, grace, optimism, and, due to its evergreen properties, the immortality of nature. It has cleansing and protecting powers. 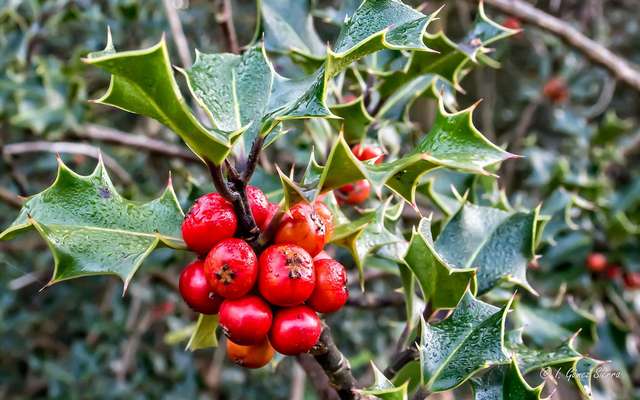 Holly symbolizes goodwill and peace. While oak attracts lightning, holy repels it, which makes it a protection plant and popular to have around homes. It is believed that leaves of holly provide shelter to fairies in cold times.

It's a month of inspiration, introspection, knowledge, and uniqueness, great to deal with everything related to divination, dreams, and knowledge.

It is said that nine hazel trees marked the border between the worlds of people and gods. The magical properties of hazel trees can be at least partially transported to ones who eat their fruit.

The month of Vine is a time of abundance, endurance, finding a balance, growth, opportunity, and passion. Vine is associated with happiness, transformation, and wreath, great for trying to connect with Mother Nature, especially around Mabone (Autumn Equinox).

Due vine's ability to grow wherever a chance is shown, the druids used it as an example of an important life lesson: use the opportunities in your environment as their best.

Gort is time for getting rid of negativity. Ivy reminds us that life goes on and always finds a way to continue somehow even in the times of death.

It is used to binding lovers together and cooperations of all kinds. Thanks to its endurance (being detached from its base), it symbolizes fidelity and thanks to being evergreen - immortality.

It's the month of celebration of death, honoring the cycle of life, meditation, and spirituality. Reed also presents clarity, expression, meaning, and security. 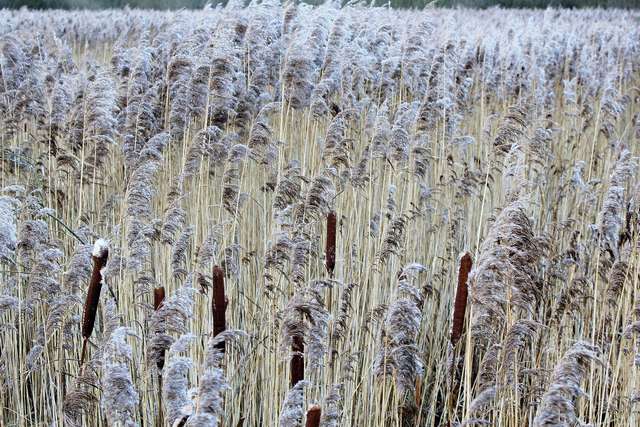 Talismans made of reeds were believed to protect against evil and the reed was a popular thatch for rooftops. Being used as paper, the reed is associated with knowledge and scholarship as well.

This is the time of endings, great for creativity, regeneration, and rejuvenation. Elder is a symbol of prosperity. Its white flowers are good to repel insects, which was probably extrapolated to the belief of being able to protect against evil spirits. 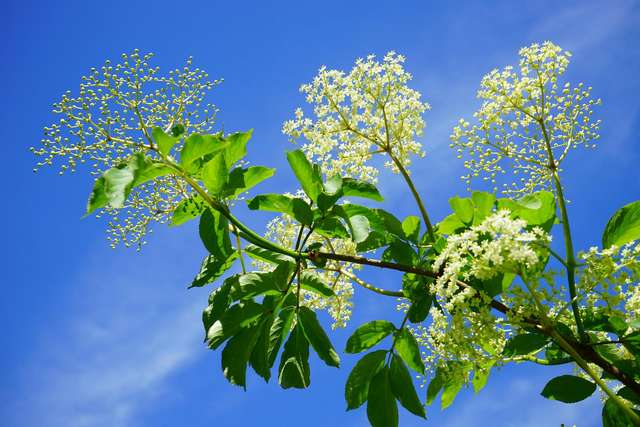 Otherwise, a complete elder tree, from bark and roots to berries and flowers is traditionally associated with healing properties against at least 70 (!) health issues.

23 December roughly matches the Winter Solstice (21 December) and Christmas (25 December), which puts this date in the area of eight major Celtic holidays and also in the area of the major celebrations in all major religions (which, of course, are strongly intertwined with pagan celebrations, connected to life cycles). This is the day when the night is the longest (approximately) and the day shortest, which means it somehow resets the life cycle of the earth. While everything is dying, there's also hope for a new life, new beginnings, and purification. Some versions of the Celtic Tree Month Calendar put 23 December to the Elder Moon.

With this detailed walk-through calendar based on druids' wisdom and Robert Graves' imagination we conclude the article. Feel free to share it with your friends! 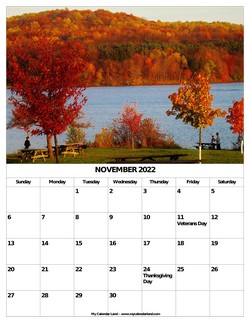 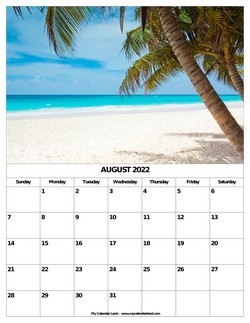 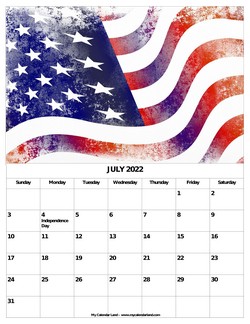 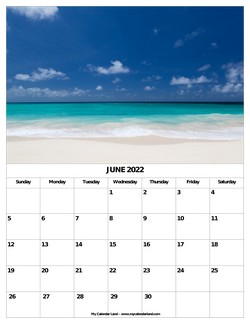 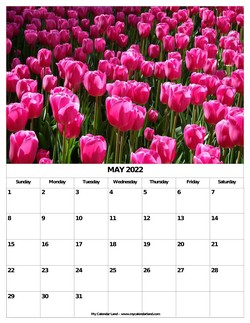 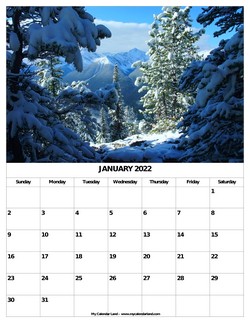 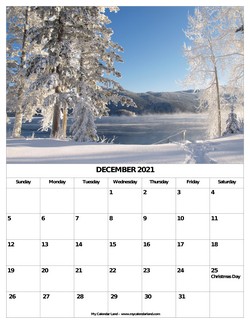 Schwenkfelder Thanksgiving is a holiday related to Thanksgiving, one of the most popular holidays in the USA. They share many similarities yet Schwenkfelder's Thanksgiving remains almost unknown to people outside of Schwenkfelder Church and the community in Pennsylvania. We intend to inform a bit about this interesting celebration in the article below. 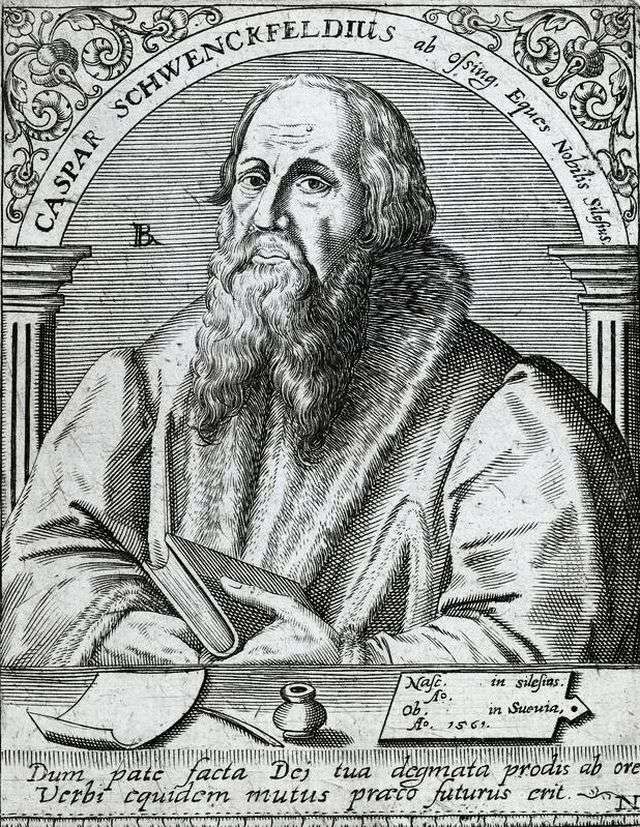 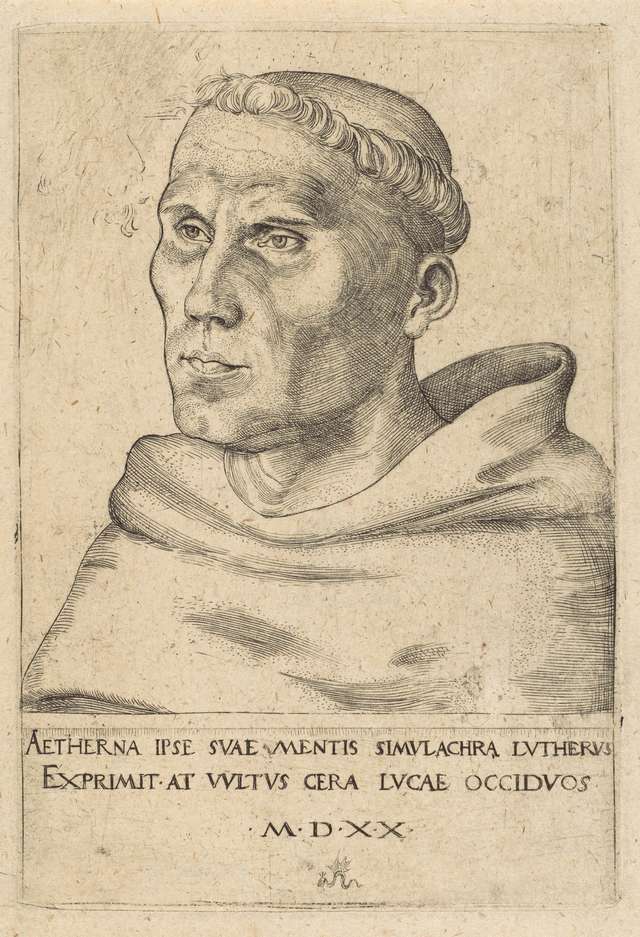 Schwenkfeld studied in Cologne and Frankfurt before becoming an adviser in the Duchy of Liegnitz. When he was around 30 years old he turned to Protestantism, inspired by Martin Luther. He established a Brotherhood of followers and managed to turn Duke Friedrich II over Protestantism yet only a few years later broke from Luther while he interpreted sacraments and the character of Jesus Christ differently.

The most important points of Schwenkfeld's teachings were in opposition to war and infant baptism which led him and his followers to many troubles with the major religion and civil authorities. Subsequently, a number of his followers (Schwenkfeld never officially organized his Church which was in tune with his policy of toleration) were forced to leave their homes or convert.

Due to pressures on Schwenkfelders as the followers of Schwenkfelder's teachings were called several groups landed near Philadelphia between 1730 and 1735. They settled there and their religion was an important part of the success of their community in the rough times of today's Pennsylvania, which was then called the Thirteen Colonies of Great Britain.

It s believed it was the second group of settlers from Germany who arrived in America on September 22, 1734 and decided to express their gratitude to God by thanksgiving service. It was September 24, two days after arrival and their oath to the British king, when the first Thanksgiving for Schwenkfelders was organized. Since then every year, on the Sunday closest to 24 September the Schwenkfelder Thanksgiving is thrown which makes it the officially oldest Thanksgiving celebration in the world. 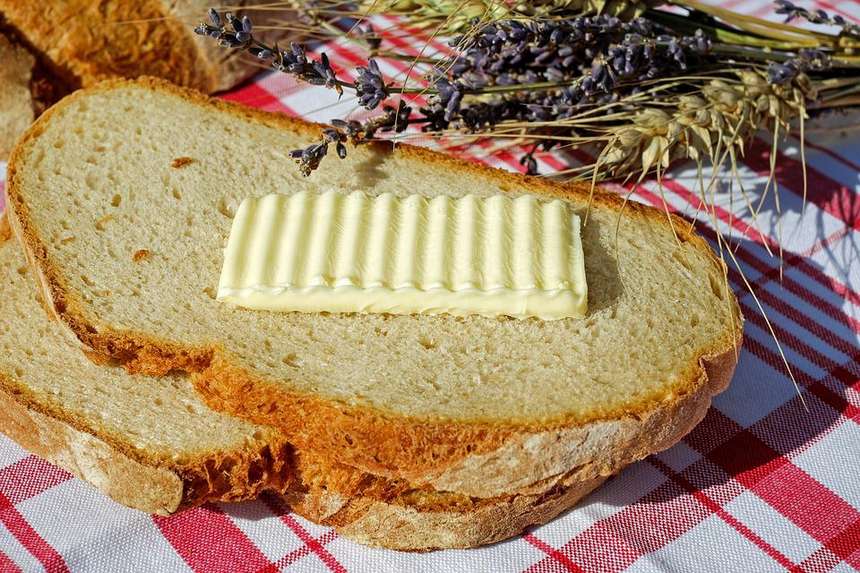 While this tradition remains pretty localized to the several thousand members of Schwenkfelder Church (established only in the 20th century - in 1909, officially called as Confessors of the Glory of Christ) still living in the area of wider Philadelphia, it's still an important part of world cultural and religious heritage.

What was served on Schwenkfelder Thanksgiving?

There were no crops when Schwenkfelders arrived, so their meal was very modest, consisting of bread, butter, and water. The only 'luxurious' addition was apple butter, a spread made of butter, apples, vinegar (sometimes substituted with lemon juice), sugar, and some spices (especially cinnamon and vanilla). 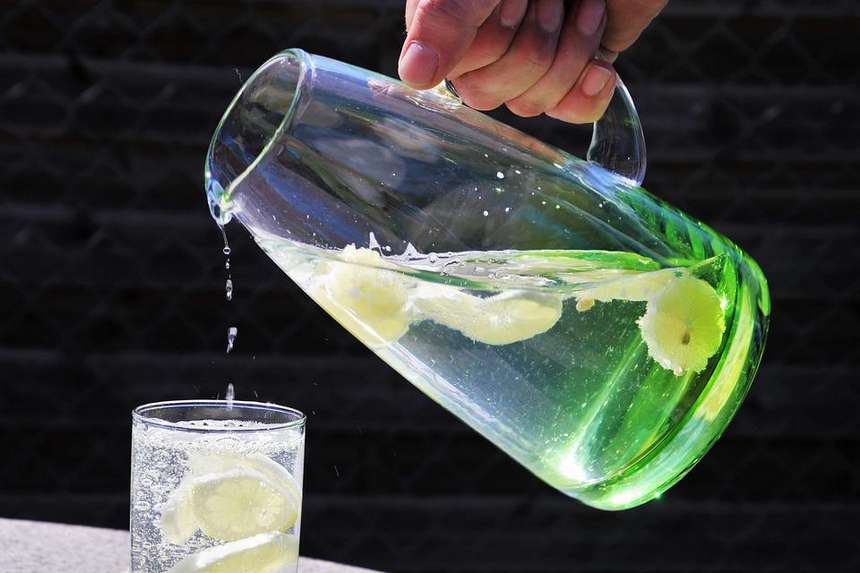 Apple butter is not a spread only as it can be used as an addition to improve the taste of different sweet and savory sauces. It goes well with a wide variety of foods from burgers to pies.
Here is an example recipe (please note, there is virtually no way to restore the original taste from the 1730s because the taste of today's apples is way sweeter than then) in 'slow' and 'fast' versions: 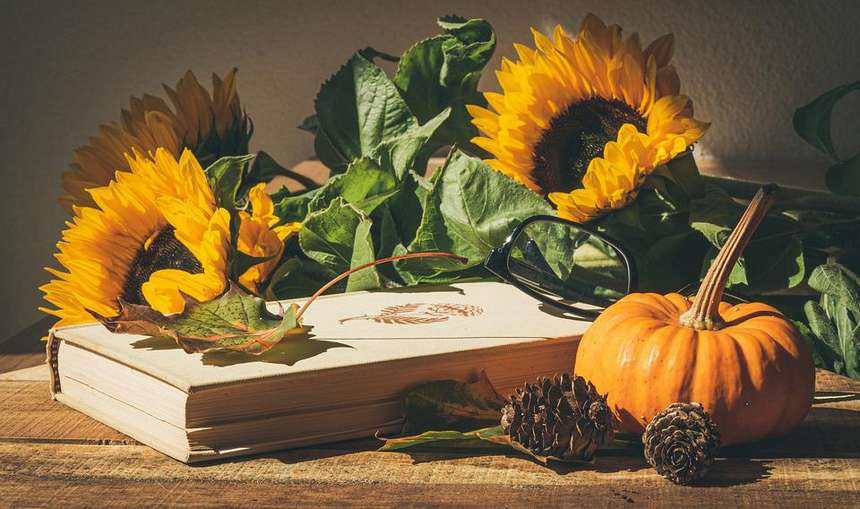 How to observe Schwenkfelder Thanksgiving

If you would like to expand your intellectual and cultural horizons, you can:

You'll notice we offer a lot of paid calendars to order by mail and free calendars to print at your home. It looks a monthly calendar is in very high demand, so at the moment we offer biggest selection of free printable calendars in this area, but in the future we intend to add weekly calendars, planners, organizers and so on.

It is our mission to meet your demands at our best, so keep in touch and bookmark this site. Have a great day!